No border dec needed the shield is staying put

General Manager Dean Russell called it early when he said “I actually think this series will be one of the tightest series played. Queensland have picked very strong teams this year and so have we”

And he wasn’t wrong.

On the edge of your seat games, heated moments, intercepts, dropped balls, drop-offs you name it this series was INTENSE

In the Men’s 45’s, it was a stunning turnaround after what seemed like a nervous first half from the boys. Taking the field in the second half it only took 3 minutes before NSW put 3 on the board and as they say, the rest is history taking the win 5-3.

In the Mixed Open – where do we start. After going down 9-12 in Game 2 they had something to prove. But QLD was NOT giving the series to NSW so easily and within 2 minutes saw Stanhope score. NSW with the ball Jess Rozario scores off the set in the corner and it was game on scoring 5 tries in the first half.  Their momentum in the second half only saw the team thrive with Clay Studdon taking an intercept and scoring on the hooter for a series win 9-4

Thank you, Greg Denny and his team at Queensland Touch, along with the crew from NSW Touch who worked together to ensure once again a fantastic Origin Series was produced not only on the field but off.

Thank you to C.ex International Stadium for its amazing facilities, and thank you to their staff.

NSW CLAIM THE SERIES 9 – 6 (invitational teams in this series do not count towards the overall points tally) and the shield is retained. 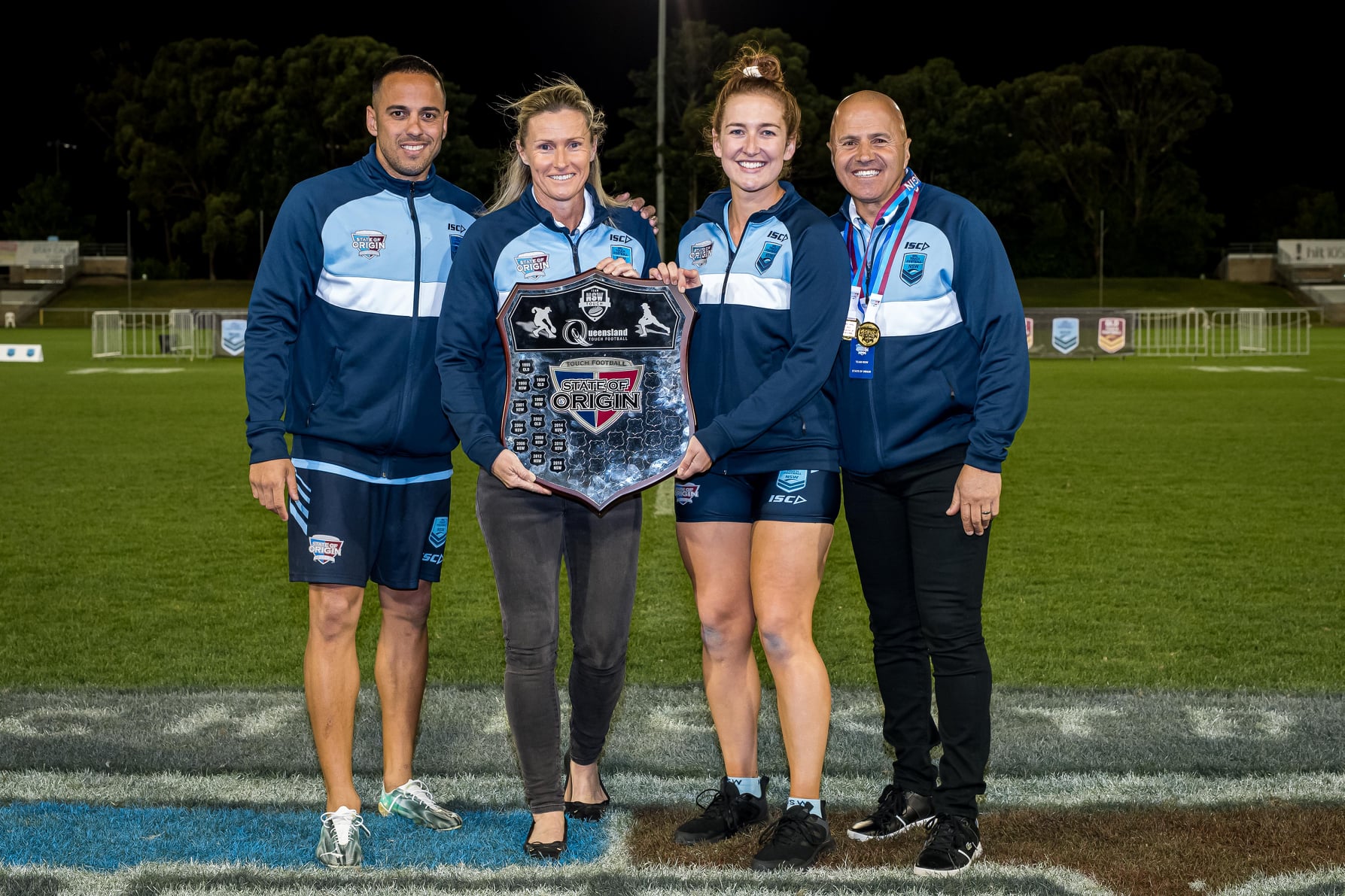